River was nice and clear. Seem to be a bit filled in over the winter, some small changes to the pools and runs…
The fish got bigger the more upstream I walked ( about 5 k’s up). 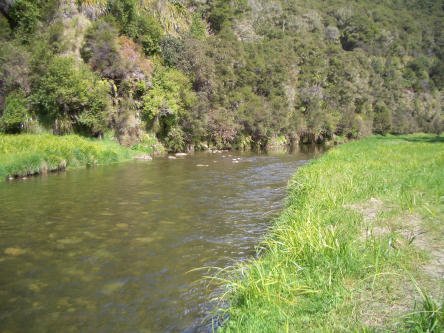 This is one of the run’s which held 3 good fish. I hooked one on the 2nd cast, it just took off across the river and spooked 2 other fish that I hadn’t seen… 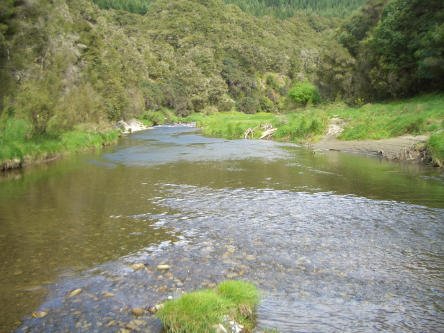 JUST ANOTHER PHOTO OF A RIVER…THE WIFE WOULD SAY.