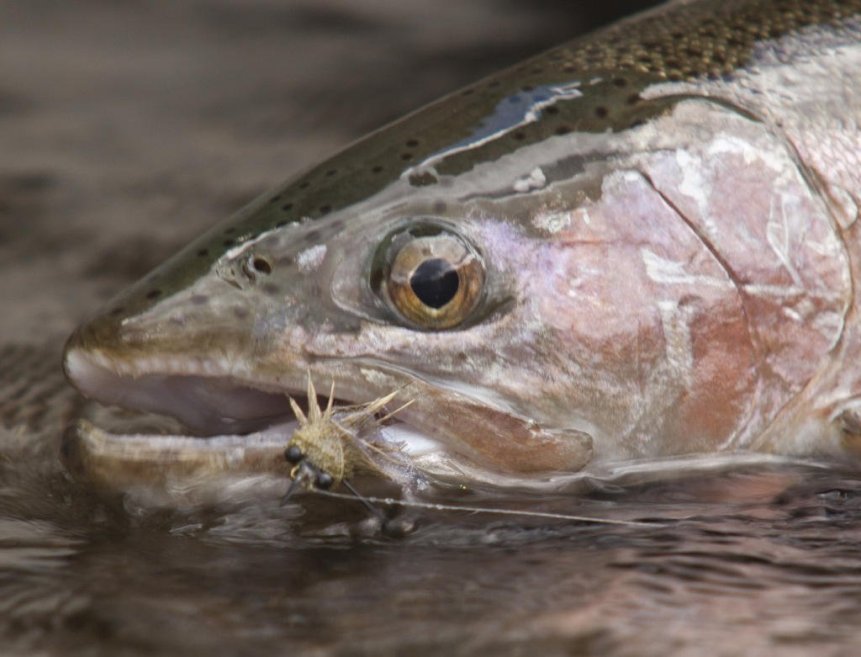 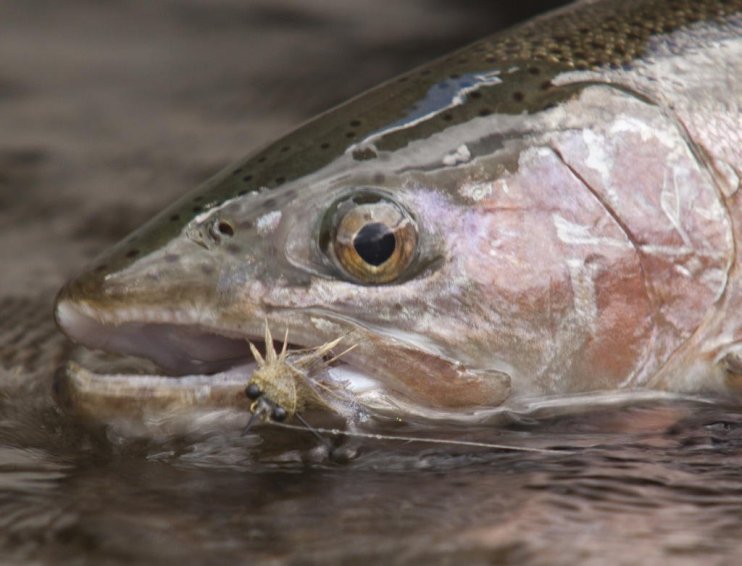 Fly fishing for trout with cicada

Perfect weather and low rivers was just the start to the new season we were all hoping for and we got just that.

In fact the river I was on was very low and slippery under foot making my old worn wading boots feel like ice skates. Needless to say I slept like a log that night after a 4am start.

This season cicadas are a must for your fly box. The Cicada Hatch is perhaps my most favourite and exciting form of summer fly fishing in Hawkes Bay. Typically the cicadas start emerging out of the ground in late December or early January, through to April.

Cicadas are a terrestrial insect that fly around looking for mates. A loud clicking or buzzing sound indicates their presence. On warm windy days and with their erratic flying, many cicadas end up on the water where powerful strikes take place.

Cicadas are simple insects whose life cycle differs from the regular aquatic insects we generally try to imitate. After mating, the female cuts slits into the bark of a twig, and into these she deposits her eggs. She may do so repeatedly, until she has laid several hundred eggs. When the cicada eggs hatch, the newly hatched nymphs drop to the ground where they burrow into the moist roots of the trees and other plants. Cicadas live on plant material until they are ready to hatch into adults

Cicadas, are flying insects, and therefore are capable of landing on any part of the river. Trout will zoom in on the impact of these large terrestrial insects as they plunge into the water.
When casting with cicadas, presentation is most important. Do an “S” curve cast to allow for long natural drift. Be ready as some trout will react quickly and hit the fly as soon as it lands on the water, especially on small back country streams, but generally it’s very important to have long drag free drifts as the trout will move big distances to take the fly.

Cicada profiles are large. Most dry flies don’t have the bulky body needed to pass as a cicada. In the early season I recommend size 10’s and eights. In late season go for size 6. Rubber legs seem to work well, as do foam body cicada patterns. Foam will float all day. The excellent Clark Reid designed cicada patterns as used in the photo tend to sink after a few fish, rub some fly floatant on them. It takes trout a few moments to eat a big fly and close their mouths. In most cases it is best to pause a few seconds before you set the hook as opposed to being too eager to strike.

An interesting thing that happens after the main cicada season is that you can continue fishing with cicada flies, and the fish will keep reacting to them. The trout seems to remember the cicada hatch and the fly triggers an instinctive response. The fish will become more and more selective but, when they are in the mood, they will still take a cicada or an attractor fly, such as a Parachute Madam X Peacock in size 8 or 10 or Royal Crystal Stimulator.

We had this experience late last season while fishing cicada patterns in late April early May with Nick Reygaert while filming rainbow trout feeding on real cicadas for his new upcoming Dvd the Hatch. We had one fish that we called our pet trout, that we dropped at least a couple of dozen cicadas and other smaller insects from a bridge into his feeding lane, he came to the surface for every insect bar one that drifted some 2 metres of course and it just wasn’t worth the energy for him to swim out of his comfort zone.

There is more to cicada fishing than just casting a fly upon the water, but this is how many fish are hooked. But most importantly cicada fishing is very exciting. Cicadas are easy to see and the sight of a trout lunging at a cicada is amazing. In ideal conditions, the takes will come thick and fast.

As always we practise catch and release and we’ll see you Out There Doing It!